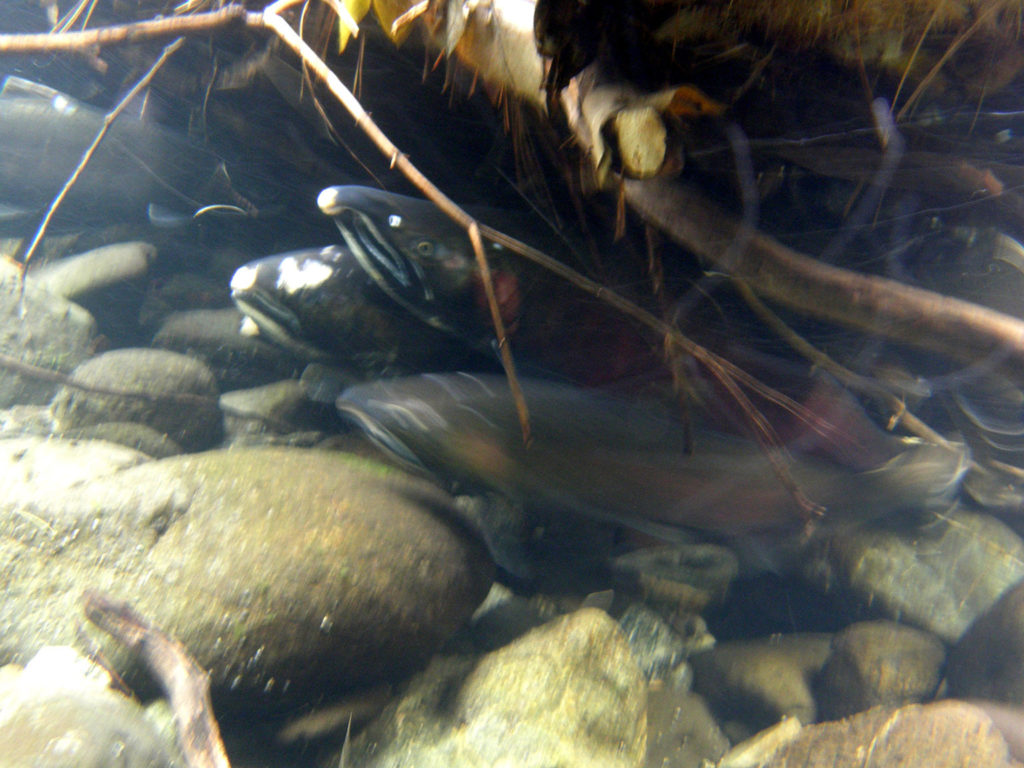 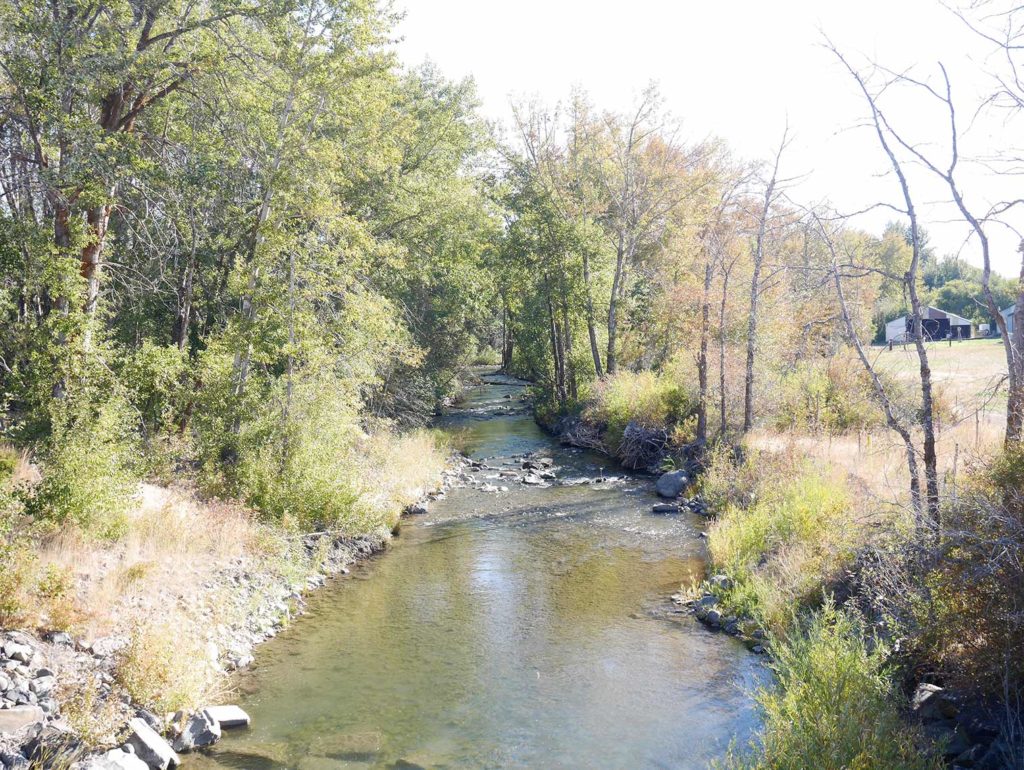 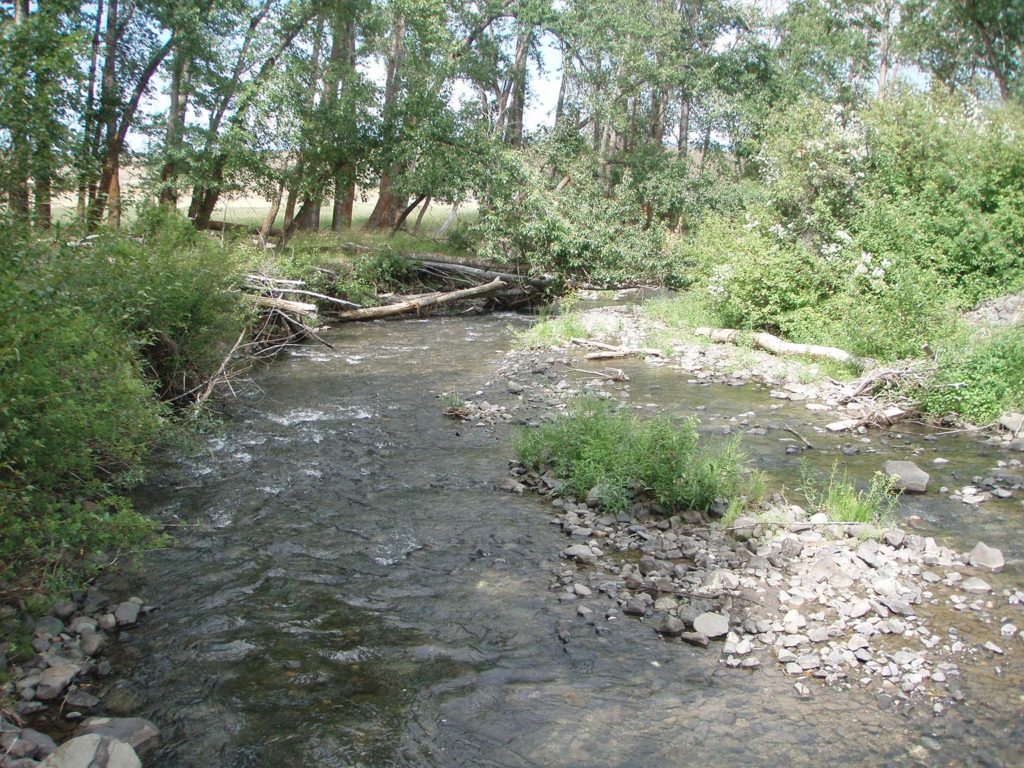 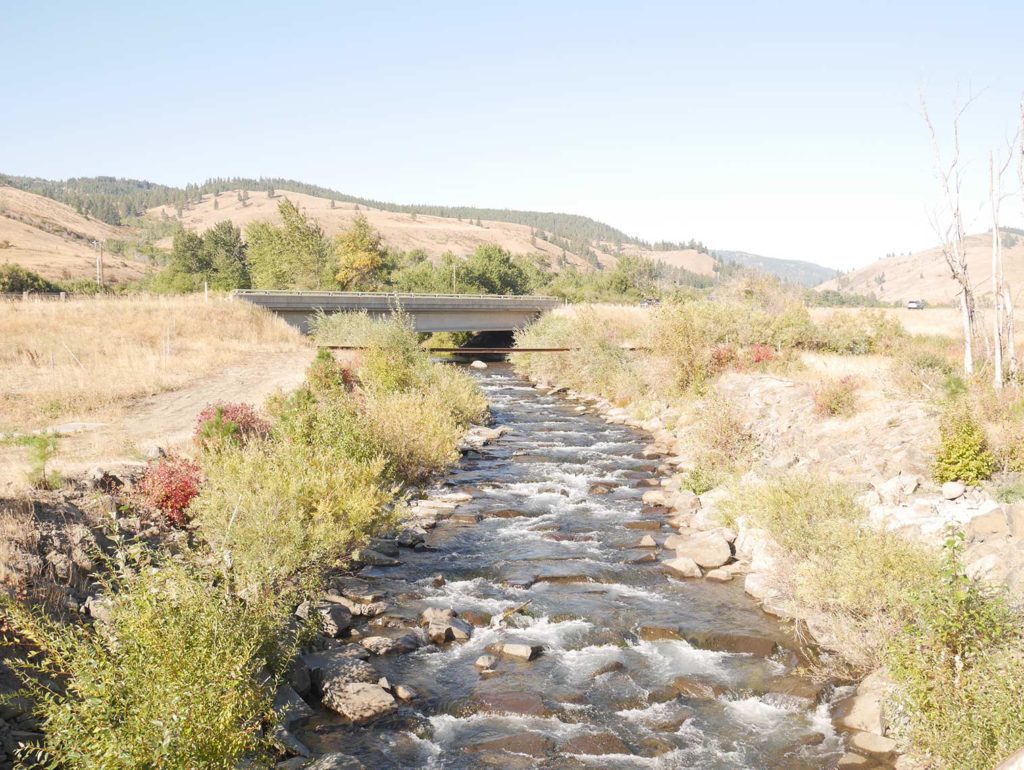 With innovative thinking and a cooperative partnership, there’s no need to choose between water for farming and water for fish. Taneum Creek, in Kittitas County, is living proof that both can thrive. In the face of competing interests and potential water conflicts along the creek, WWT helped a voluntary partnership with diverse interests negotiate a solution that sustains agricultural production while creating a healthier ecosystem for many species of fish.

Up until the late 1800s, Taneum Creek was home to some of Washington’s most abundant runs of spring chinook, steelhead and coho salmon. When the Taneum Ditch was built in 1874, this new irrigation canal caused changes in the creek’s habitat that began to undermine its naturally spawning populations. Low stream flows in the lower portion of the creek have limited winter migration, spawning and incubation, affecting both anadromous and resident fish. Yet surveys conducted in the 1990s showed that the creek’s population densities were the highest of the 10 upper Yakima tributaries, with the greatest potential to increase the populations of species once so abundant in these waters.

A diverse group of partners joined with WWT to increase winter instream flows by 28.8 cubic feet per second over 21 miles of Taneum Creek while helping to improve irrigation systems for the shareholders of Taneum Canal Company (TCC), a group of 32 shareholders who use the ditch for crop irrigation and stock watering. The key: acquiring the conveyance portion of the winter season stock water to double stream flows. The conveyance water was purchased at fair-market value and permanently transferred to the state Trust Water Rights Program. Meanwhile, TCC and its shareholders will move their point of diversion to other ground water sources.

The agreement is funded by the Washington Department of Ecology (Ecology), Bonneville Power Administration (BPA), U.S. Bureau of Reclamation, National Fish and Wildlife Foundation and the Yakama Nation.

“This is an innovative program that proves that agriculture people will sit down and work with state agencies if given the chance. It’s a win-win for everyone. The agreement makes sense and without the willingness of our shareholders to move forward, it would not have happened. We are proud that we were able to do this in a way that meets our needs and helps fish recover locally,” said Ben George, a farmer from Thorp and chairman of TCC.

Stan Isley, of the state Department of Ecology, attributes the plan’s success to its mutual benefits. “This is a creative approach that maintains the irrigators’ stock-water rights and, at the same time, gets water into the stream.”

Ecology Director Jay Manning said that this type of partnership involving local water right holders, a nonprofit organization, the Yakama Nation, and state and federal agencies is “absolutely essential in helping restore fish habitat and improving stream flows in our river basins. This action is another key step forward in restoring and protecting fish in the Yakima River basin.”

As a result of this partnership, TCC shareholders have the water resources they need for agricultural and livestock production, and Taneum Creek has the winter instream flows needed to support increasing fish populations. Spring Chinook, steelhead, coho, bull trout, cutthroat, rainbow trout and wintering bald eagles benefit from these improved flows. Because both steelhead and bull trout are listed as threatened species, the benefits extend beyond the creek itself; the U.S. Fish & Wildlife Service has identified Taneum Creek as having the potential to expand bull trout range throughout the broader Middle Columbia recovery area.