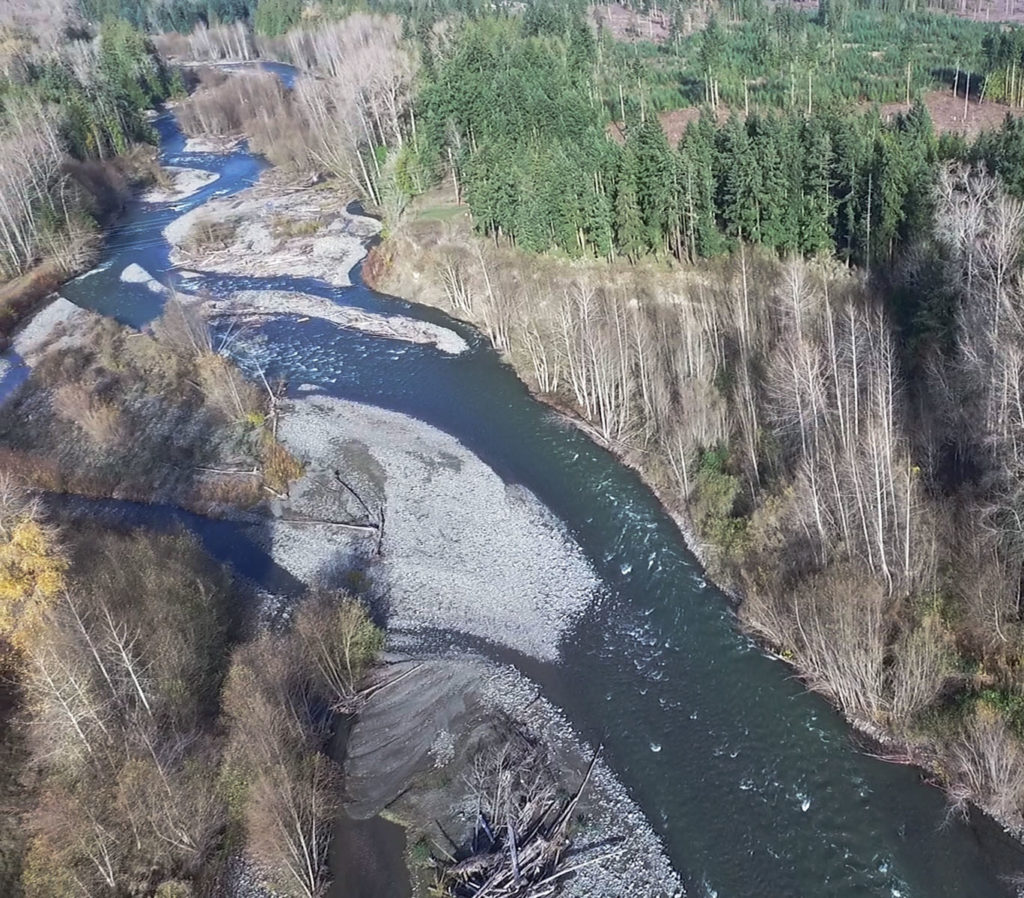 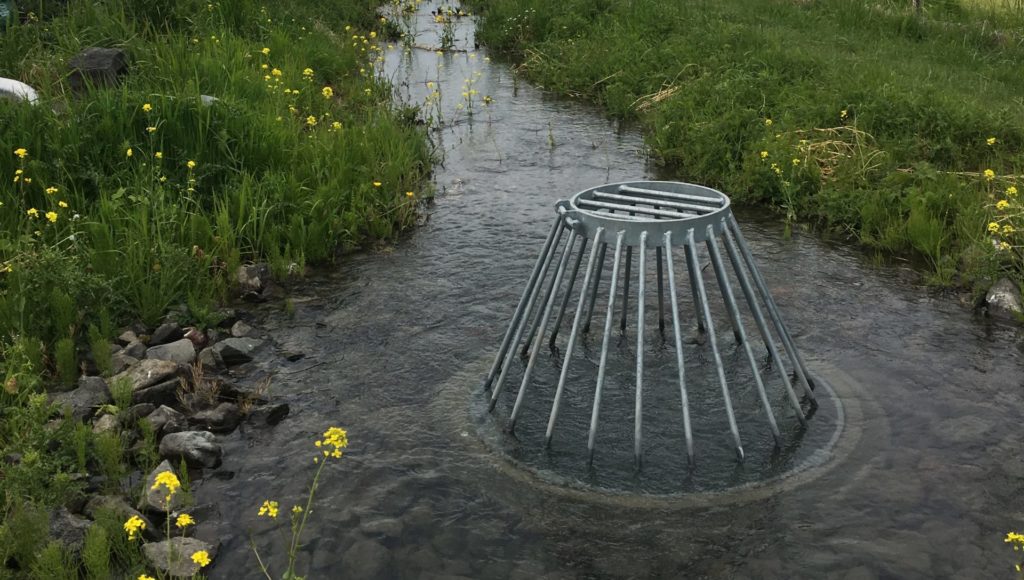 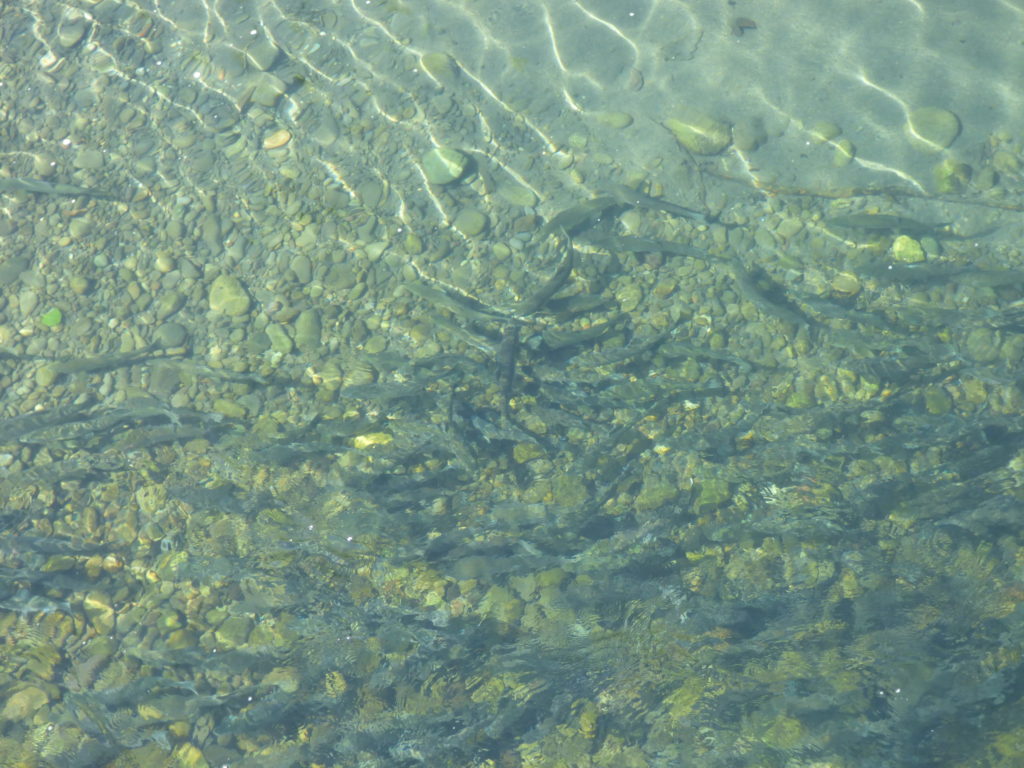 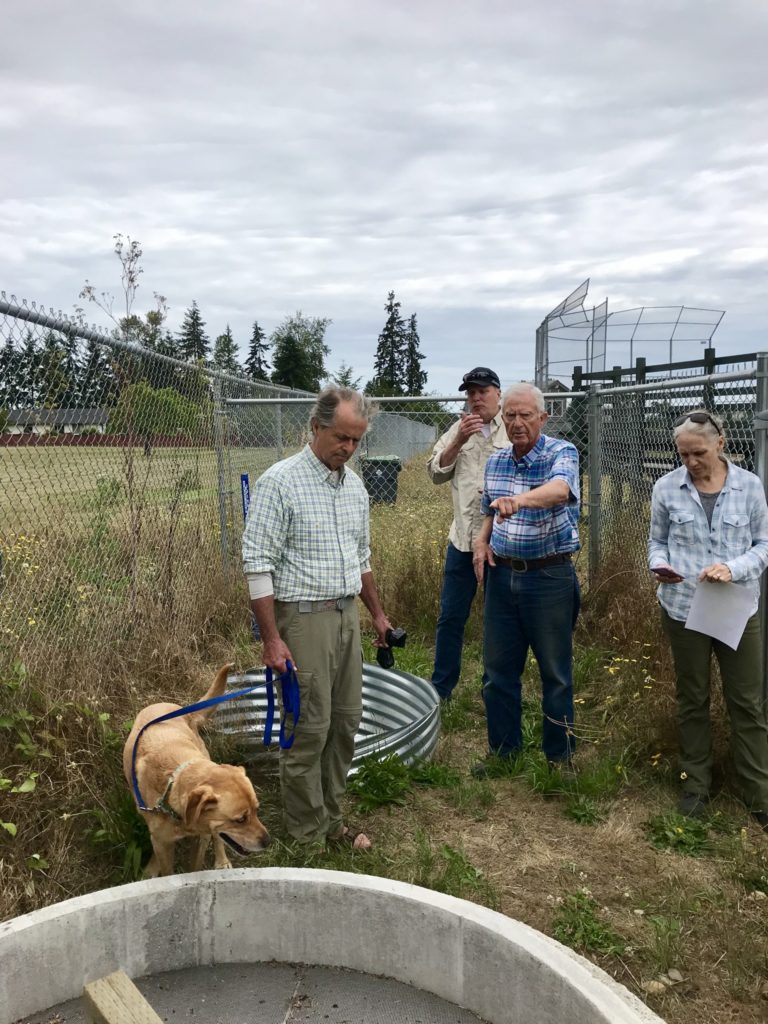 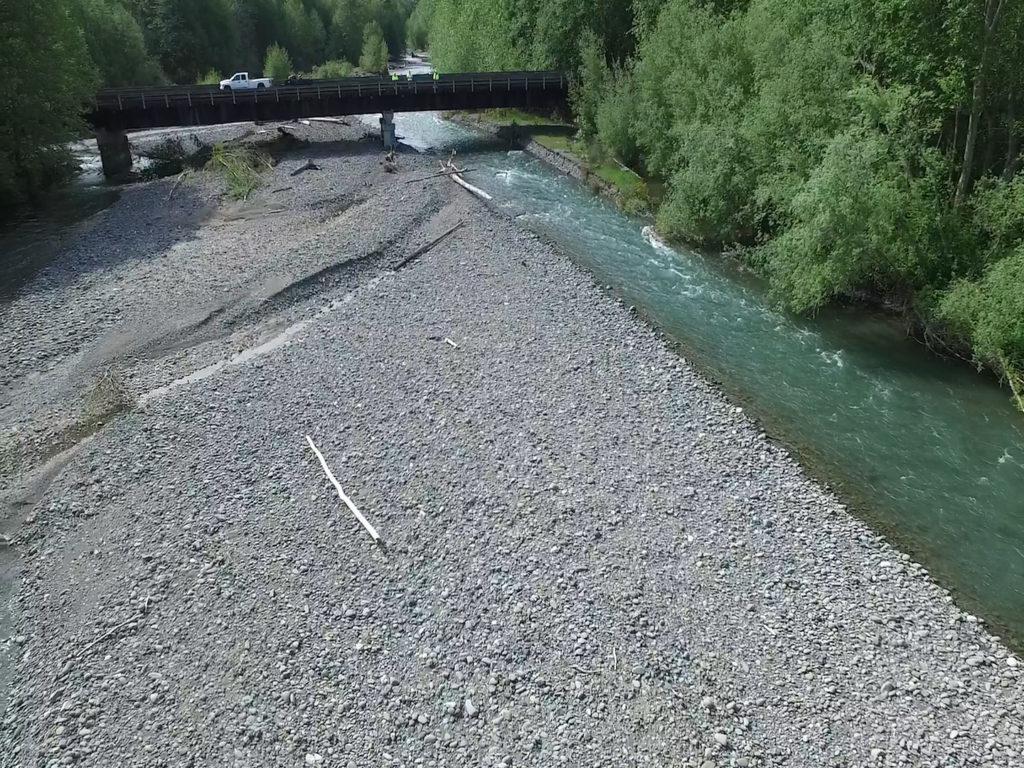 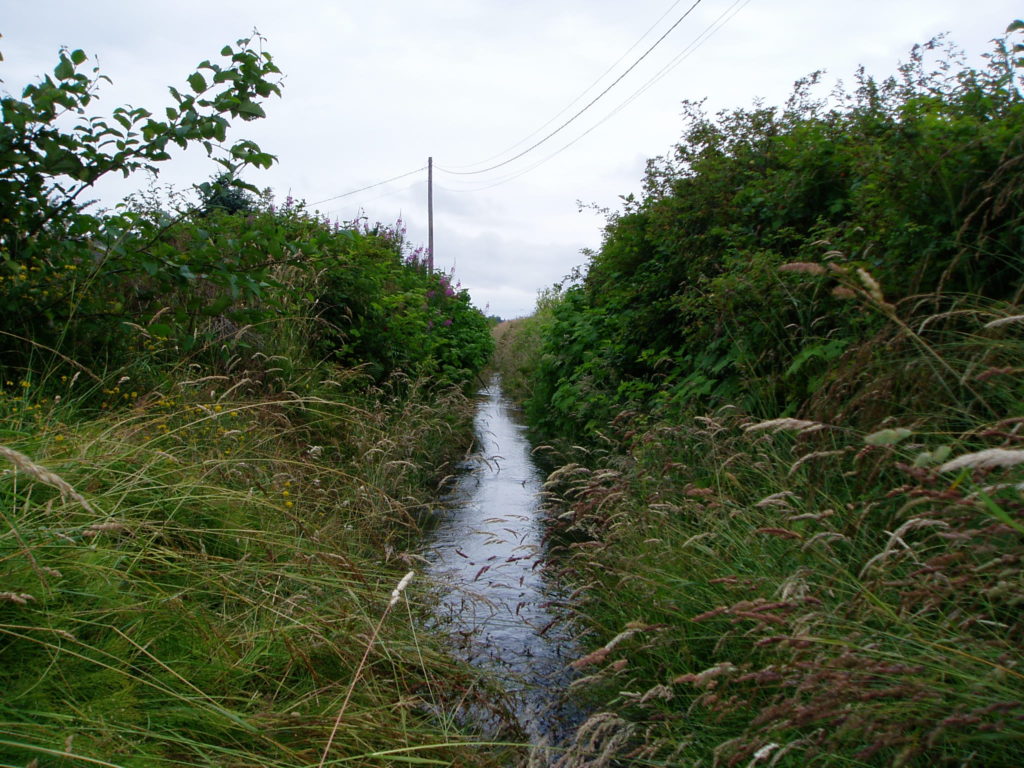 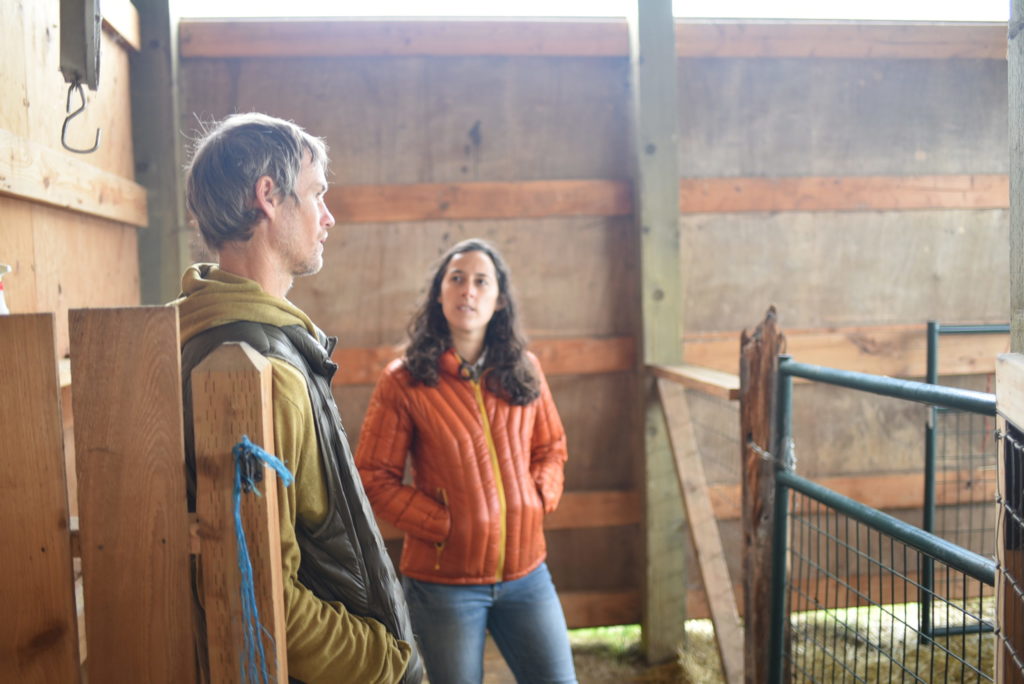 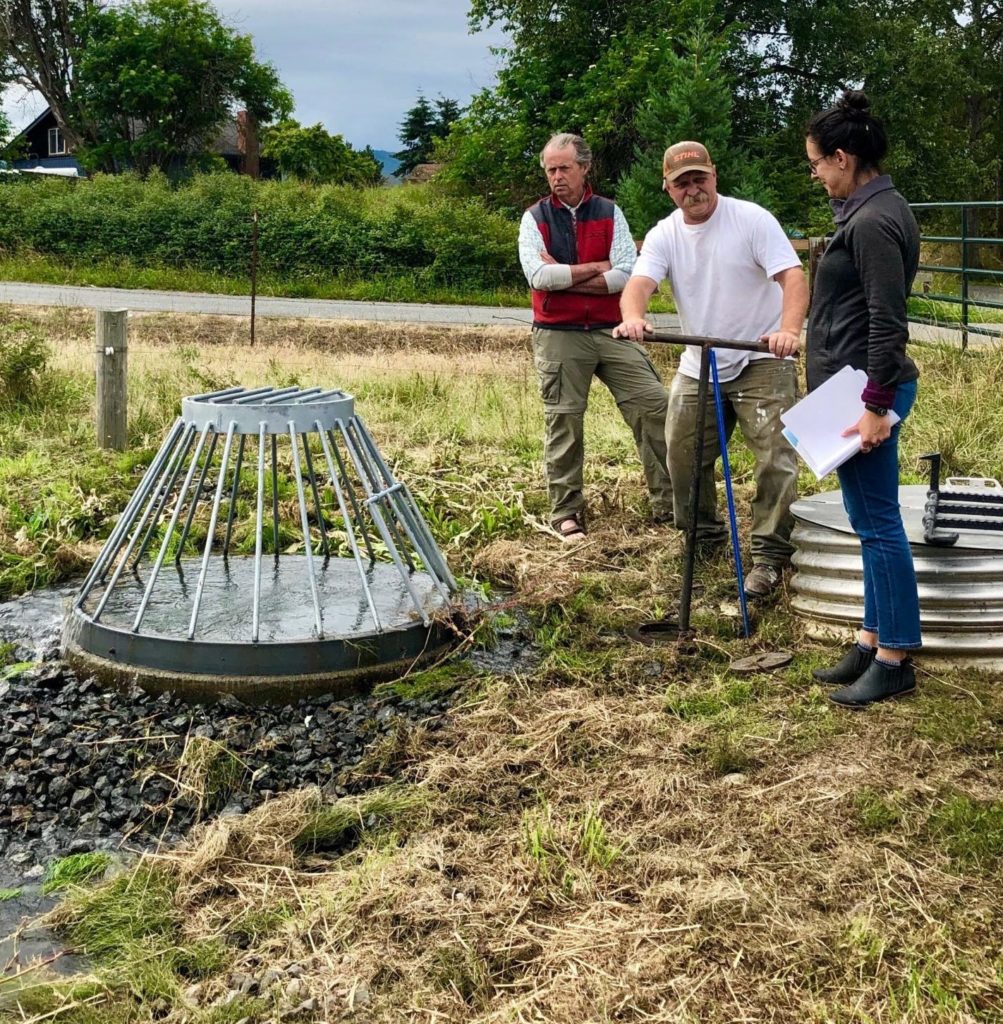 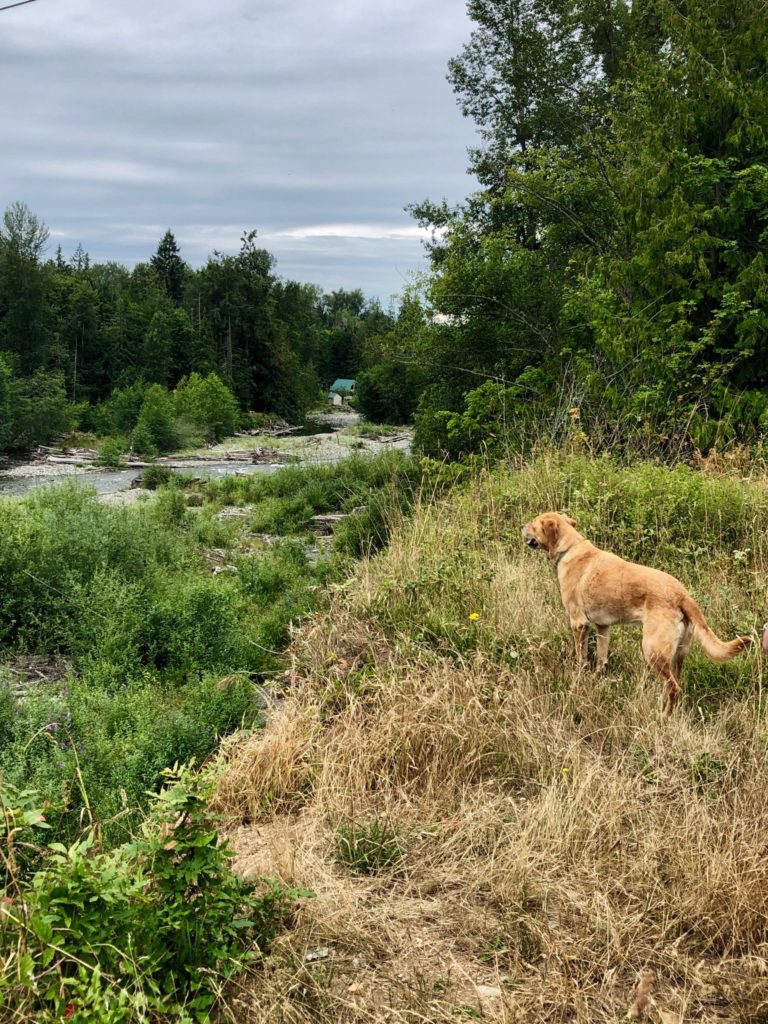 Located in the rainshadow of the Olympic Mountains, the Dungeness River basin “is part of a region that receives less rainfall and more sunshine than any place in Puget Sound. In the Dungeness Watershed, this drier climate is both a boon for sun-lovers and a bane for farmers in the Dungeness River Valley, who need to irrigate their fields, and for salmon which need sufficient flows in which to swim” (Puget Sound Salmon Recovery Plan).

The average annual rainfall in the City of Sequim, located along the Dungeness, is only 16 inches. This is 3 inches less annual rain than occurs in Walla Walla on the much drier eastern side of the state. For further comparison, the Hoh Rainforest, just 40 miles away from Sequim, receives a high of 150 inches per year; and Port Angeles, just 16 miles away, receives 36 inches of rainfall per year.

Flows in the Dungeness River derive from the Olympic Mountains snowpack. These flows decline throughout the summer often reaching their lowest levels in August and September – the same time that human and fish freshwater needs are at their highest. During this annual period of low flow, as much as 50% of the remaining flows can be withdrawn for out-of-stream uses which greatly reduces the amount of water and usable habitat available to migrating, spawning and rearing Endangered Species Act-listed fish and can contribute to dangerously high water temperatures and upstream fish passage challenges.

Current and projected climate change impacts are compounding the stream flow challenges in the Dungeness River. It is projected that the Dungeness basin will move from what is called a “transient” watershed, which means snow/rain mix, to a rain-dominant watershed over the next few decades. Total spring and summer season streamflow in the Dungeness will decrease by upwards of 30% by the end of the century and river and stream temperatures are expected to increase by 2.2–2.5°C by the 2080s. These changes spell trouble for fish – including Chinook salmon that the endangered Southern Resident Killer Whales feed on – as well as the local communities that depend on the Dungeness.

The main reasons for decline of Dungeness salmon can be attributed to the combined impact of a variety of land use activities on habitat including the decline of abundant cool, clean water which is vital for healthy habitat both in terms of the water quality itself and the habitat usability and connectivity it provides for fish. Settlers began irrigating their land with Dungeness River water in the late 1800’s. Historically, in the Dungeness watershed alone, over 100 miles of irrigation canals and ditches – an array largely unique in Western Washington – legally diverted the bulk of the river’s flow in the late summer-the peak spawning season for Chinook salmon. The irrigation system in the Dungeness has continued to expand over the years, now totaling approximately 170 miles of canals and ditches irrigating nearly 7,000 acres of land.

Seeing the stress caused on the Dungeness River by more than a century of extensive local water use, and the upcoming challenges from a changing climate, resource managers and Washington Water Trust have been working closely with water users and other stakeholders for the past two decades to implement a variety of projects aimed at increasing water use efficiency and improving management of water in the watershed.

Water Banking in the Dungeness:

Aquifer recharge requires a rather complex series of tasks and thus would not be possible without collaboration from a number of local partners such as Clallam Conservation District who manages the construction and design of the aquifer recharge sites, and the local irrigation districts and companies who use their existing pipes and ditches to carry the offset water to the sites and manage the flow and maintenance involved with operation.

Helping the Dungeness During Drought Years

The naturally dry conditions of the Dungeness basin make it particularly susceptible to drought-like conditions during years of below-average precipitation. When these drought years occur – such as in 2009, 2015, 2016 and 2019 – WWT leases water from farmers for the last month of the irrigation season so water can be kept instream in the Dungeness River for fish where it can make all the difference instead of being withdrawn for irrigation. In 2015, WWT was able to secure forbearance from irrigation agreements with a number of irrigators which kept as much as 5.6 cfs instream. In 2016 with the onset of a dry spring, the snowpack quickly left the Olympics, and WWT and irrigators mobilized to get irrigators signed-up for forbearance agreements to reduce diversions and protect instream 7.58 cfs, which increased late season flows by 10%. And in 2019, twenty farmers signed up for forbearance agreements resulting in water typically used to irrigate 1,350 acres being kept in the Dungeness River instead. This water increased the flow in the river by as much as 12% during this critical low-flow period.

What’s Next? Water Storage and Planning for Future Water Use in the Dungeness

Despite the collaborative efforts to ensure sufficient water flows in the Dungeness, there is still much work to be done as flows still regularly fall well below the desired minimum instream flow level of 105 cfs. There is, however, a permanent solution that can restore nearly 30 cfs of flow to the river that is currently being pursued – the Dungeness Streamflow Restoration Off-Channel Reservoir.

This reservoir represents the greatest remaining flow restoration opportunity in the Dungeness basin and would restore up to 35% of habitat area for bull trout, steelhead, chinook and pink salmon in the lower 11 miles of the river. Each year, when flows are high in the winter and spring due to precipitation and meltwater, water will be diverted into an off-stream reservoir to be stored until August and September – when water levels are at their lowest – and will then be utilized for irrigation instead of water that is typically diverted directly from the river during that time, allowing the water to remain in the river to benefit ESA-listed salmon, steelhead and bull trout instead. In addition to flow and habitat restoration, the reservoir will provide additional benefits such as a reliable climate-resilient irrigation water supply for Dungeness farmers, reduction of local flood hazards from upland storm events, support for additional aquifer recharge, and a new community park.