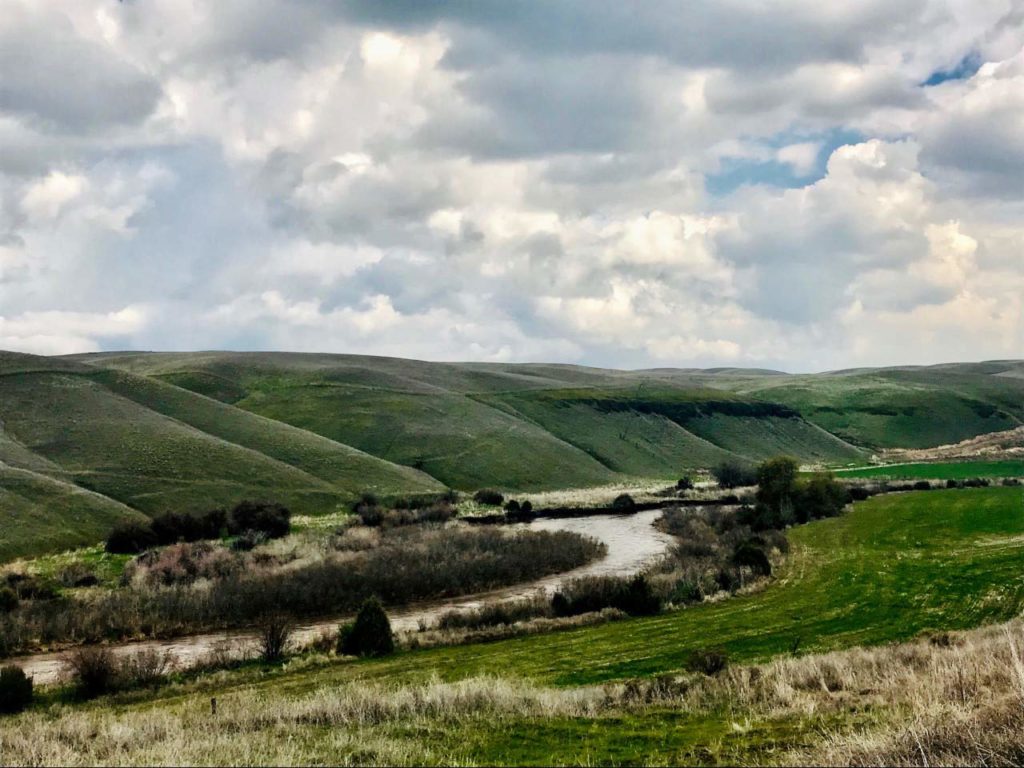 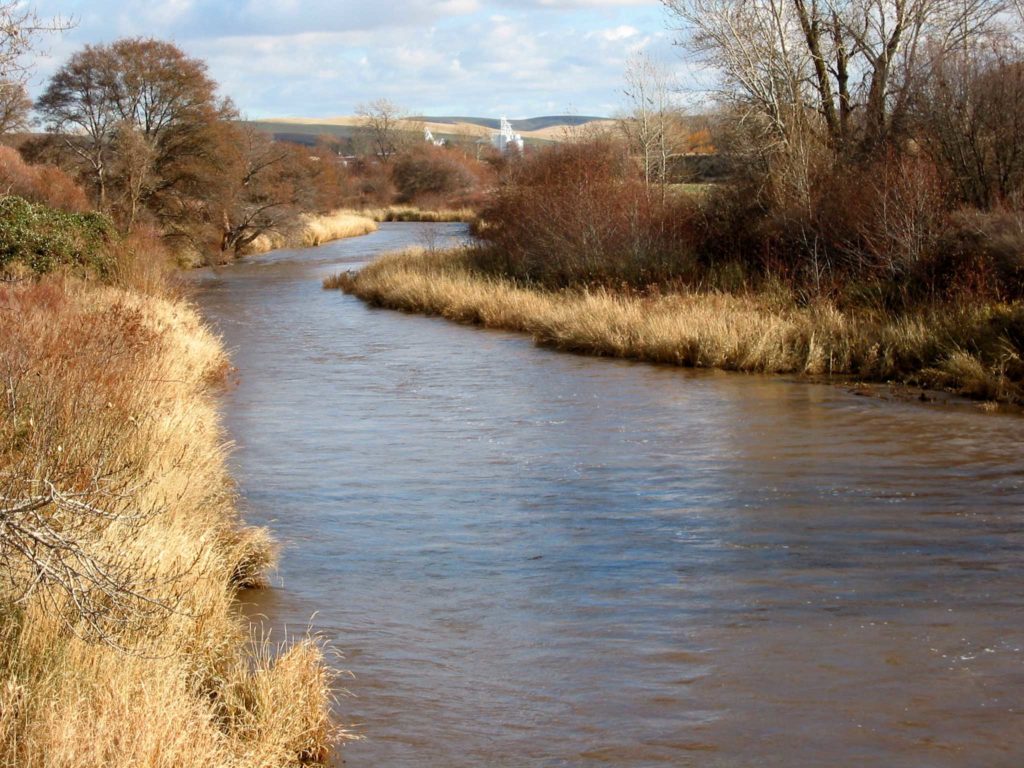 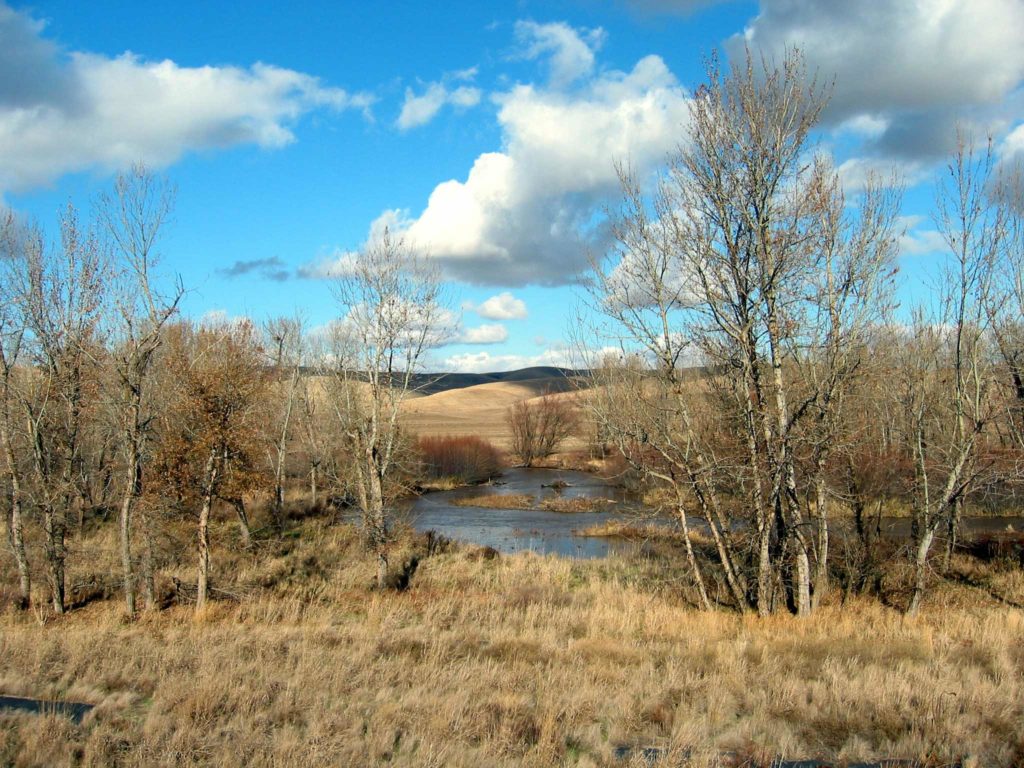 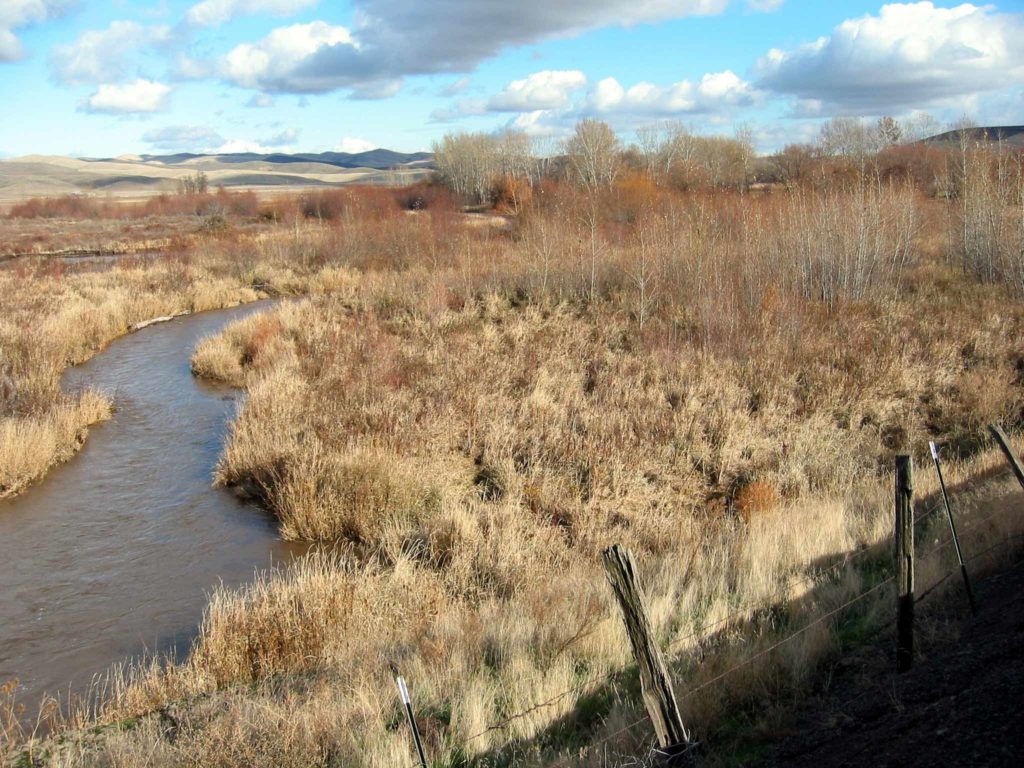 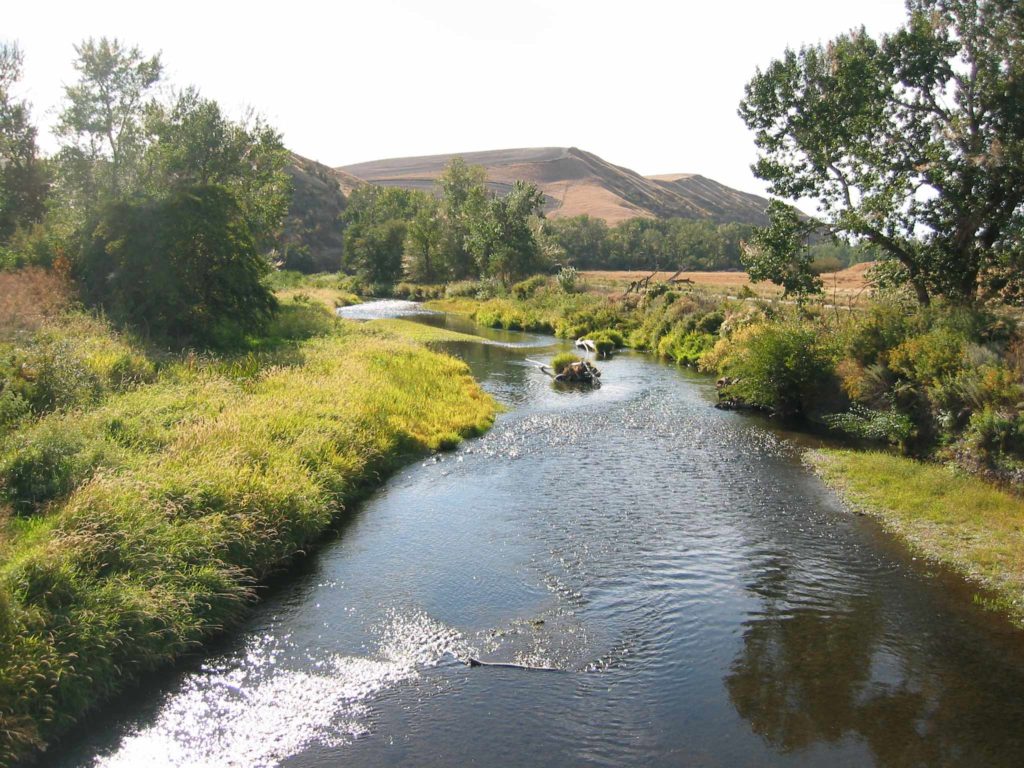 The Touchet River is a crucial waterway for endangered bull trout, steelhead and reintroduced spring Chinook salmon in eastern Washington, however problems with water quantity, mainstem passage, and riparian habitat pose significant challenges to their survival. In many years, low flows and high temperatures limit downstream migration of juvenile steelhead and upstream migration of adult steelhead who return to the headwaters of the Touchet to spawn. Adult and sub-adult bull trout migration, spawning, and rearing is also threatened. Along with low flows, the Touchet River also experiences channelization and low floodplain connectivity, problems that were particularly evident during the historic flooding of February 2020.

Improved stream flows – and resulting cooler water temperatures – during critical periods of the year, can greatly improve habitat for Touchet River fish. Since 2005, WWT has been working cooperatively with water right holders in the Touchet River Valley in the Walla Walla Basin. A combination of water right leases and purchases accomplished instream flow restoration of 1,041 acre feet, and 5.4 cubic feet per second (cfs) in the spring and summer, and 7.6 cfs in the fall and winter water for the 2019 irrigation season. WWT is also working with the Confederated Tribes of the Umatilla Indian Reservation to identify projects that not only increase stream flow, but help restore the floodplains along the Touchet River as well.

Our largest Walla Walla Basin water right purchase was in collaboration with the Talbott family on the Touchet River in 2010. WWT reached an agreement to purchase up to 3 cfs (which equates to about 1.9 million gallons per day) of water from the Talbotts to be permanently protected instream in the Touchet River improving flows and fish habitat for more than 30 miles of river, while their 385 acre farm remains in production. The Talbotts grow dry-land wheat instead of irrigated wheat, allowing endangered fish to receive lifesaving stream flow during prime spawning seasons in the spring and fall. The Talbott agreement, in combination with WWT’s other Touchet River water right agreements, represents a significant step towards restoration of water and fisheries resources in the Walla Walla Basin, but there is still work to be done.